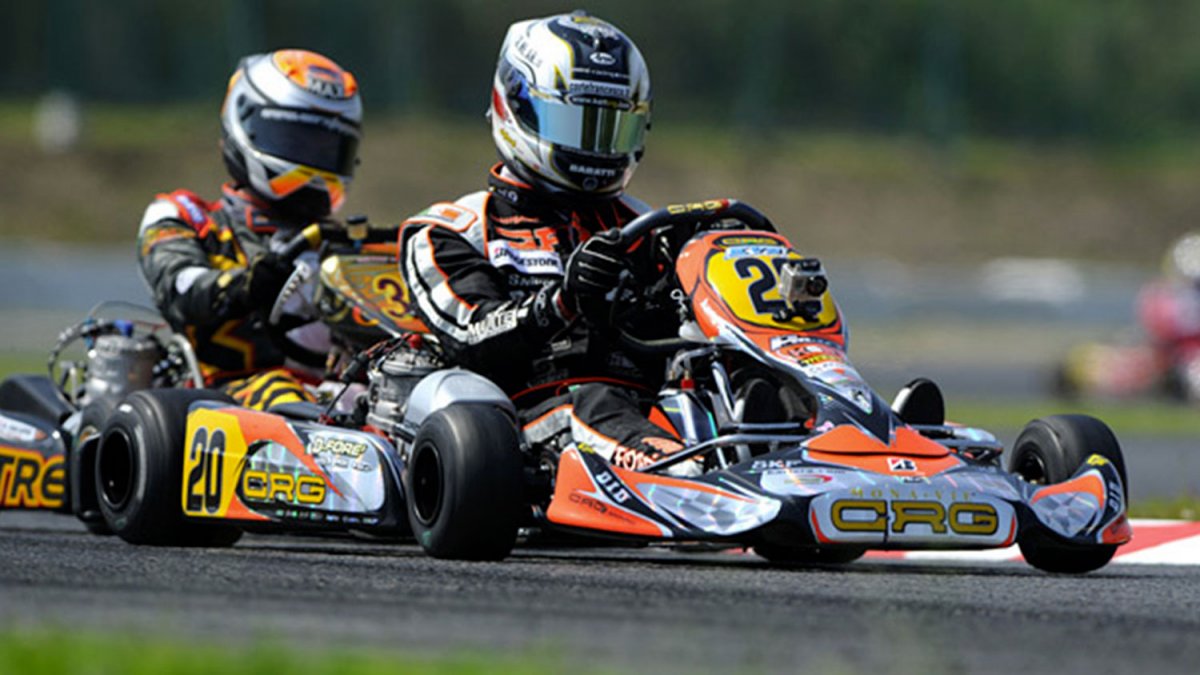 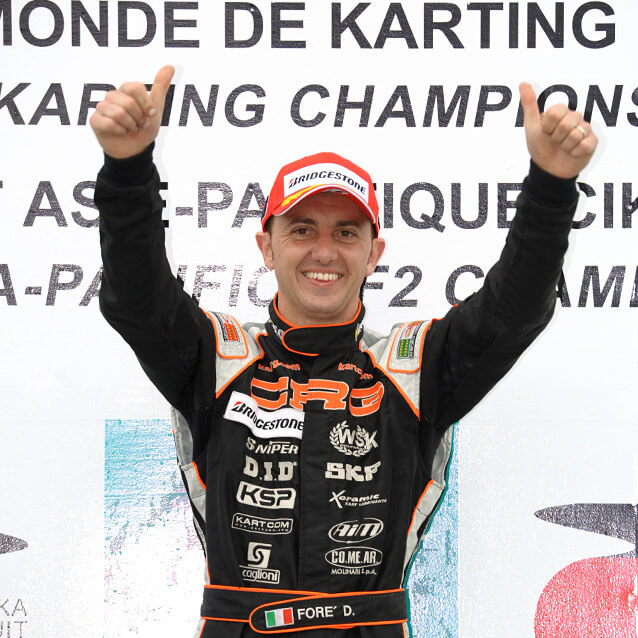 Eventually it was Davide Forè who managed to get onto the highest step of the podium in Suzuka, for the first round of the KF1 World Championship. He won the fourth and last race of the Japanese weekend, at the end of a gripping and eventful race. The five time winner of the world championship got one of the most satisfactory results of these last years, fulfilling the expectations of Giancarlo Tinini, the boss of CRG. He came back on the highest step of the podium in a CIK-FIA event after the victory achieved with Maranello here in Suzuka in the 2008 KF1 World Cup.

In race 4, Tiene and Verstappen fought hard for the victory until the last lap when they came in contact. Sasaki and Forè took advantage of the situation and slipstreamed them. Two more bends and Forè, with an awesome overtaking, left Sasaki riveted to the spot and grabbed the victory. 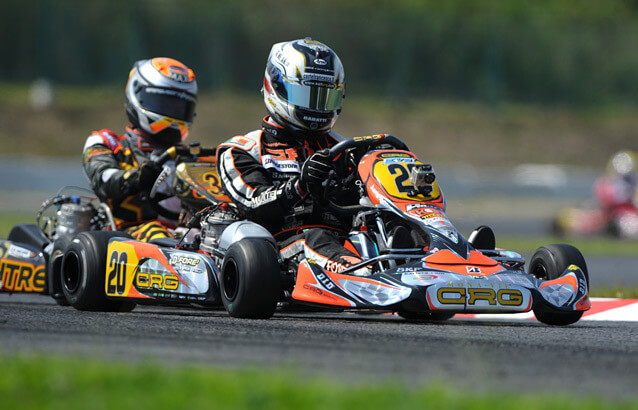 « I’m really happy for my success in this round of the world championship, but I performed well throughout the whole weekend, apart from an accident in race-2. Today, eventually, I got a beautiful result. I knew that with a good start I would have been able to do something good, and that’s it! I was with Tiene and Verstappen until the last lap, then the two came in contact. I was right behind Sasaki and, with only two bends before the finishing line, I overtook and grabbed the victory. Now, I’m in for the championship: everything is at stake in Macao. One year has passed since my last race in KF, but all the team is with me and I was in the best possible condition to face the race, both from the point of view of the chassis and of the engine. This victory means a lot to me, because fighting with such young drivers and winning is a great satisfaction. I want to thank Giancarlo Tinini for giving me this chance. Thanks a lot to all the CRG team for the excellent equipment and, finally, a very special thank you to Euan and to my mechanic Mansel, absolutely efficient. » 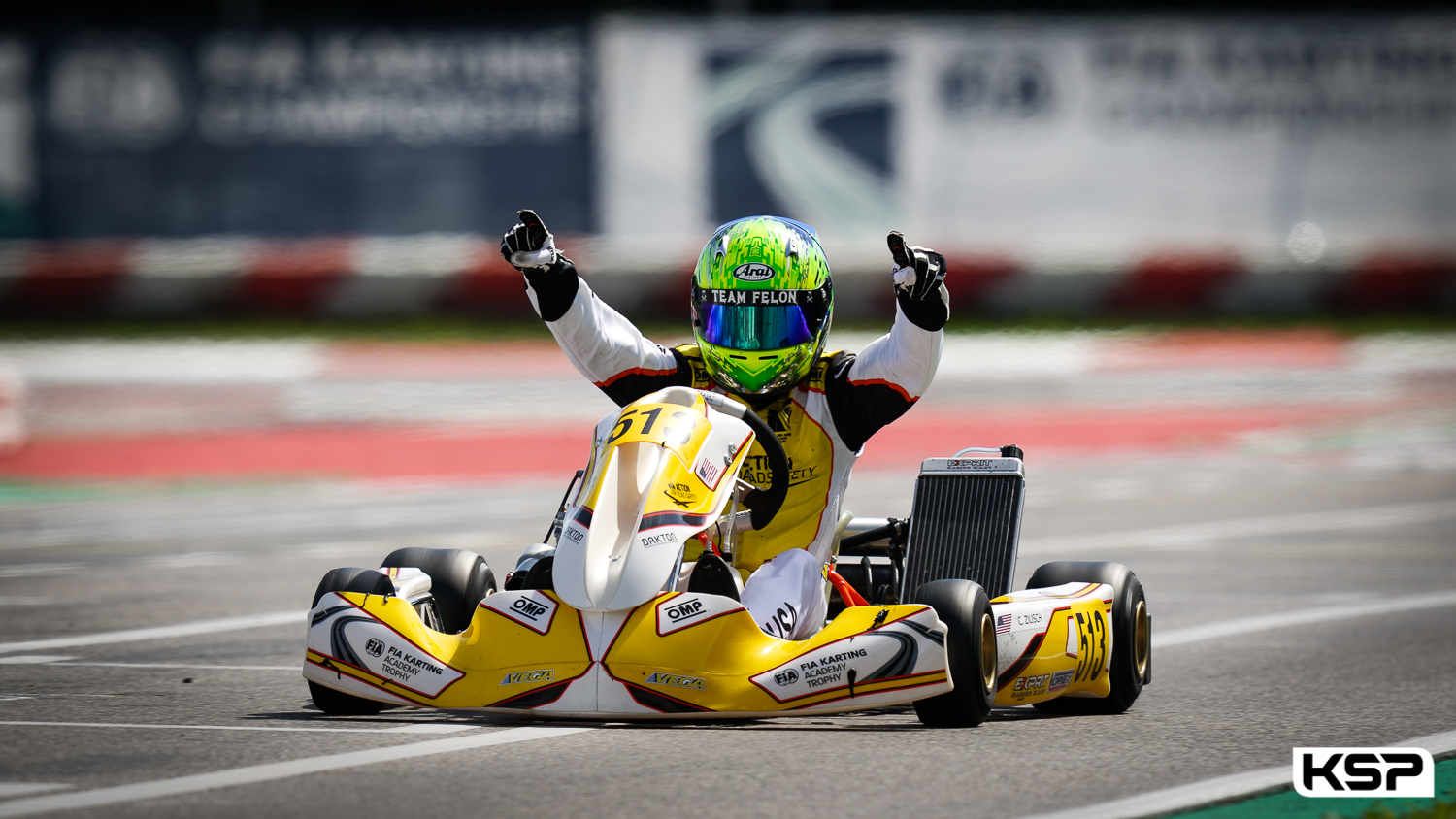 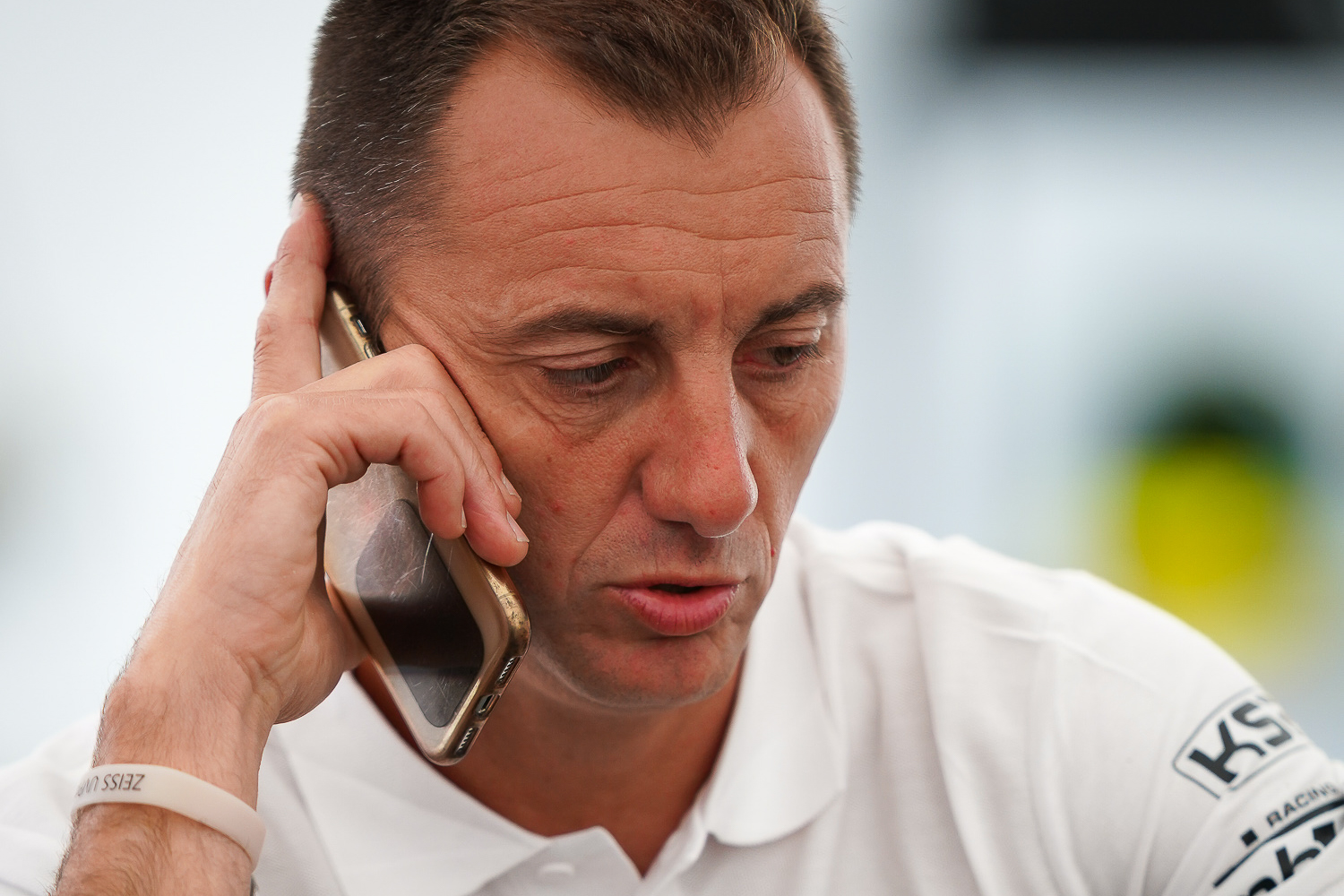 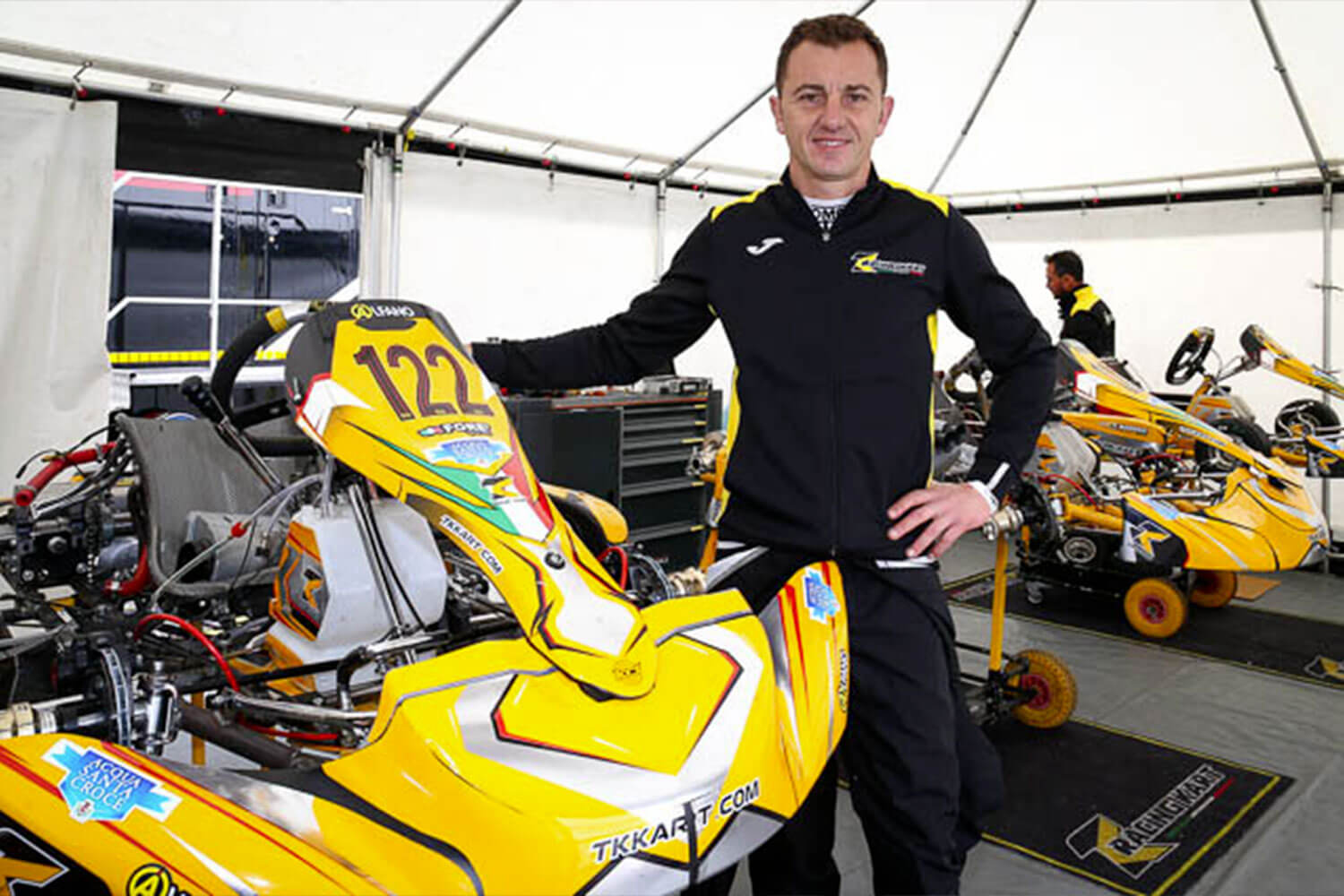 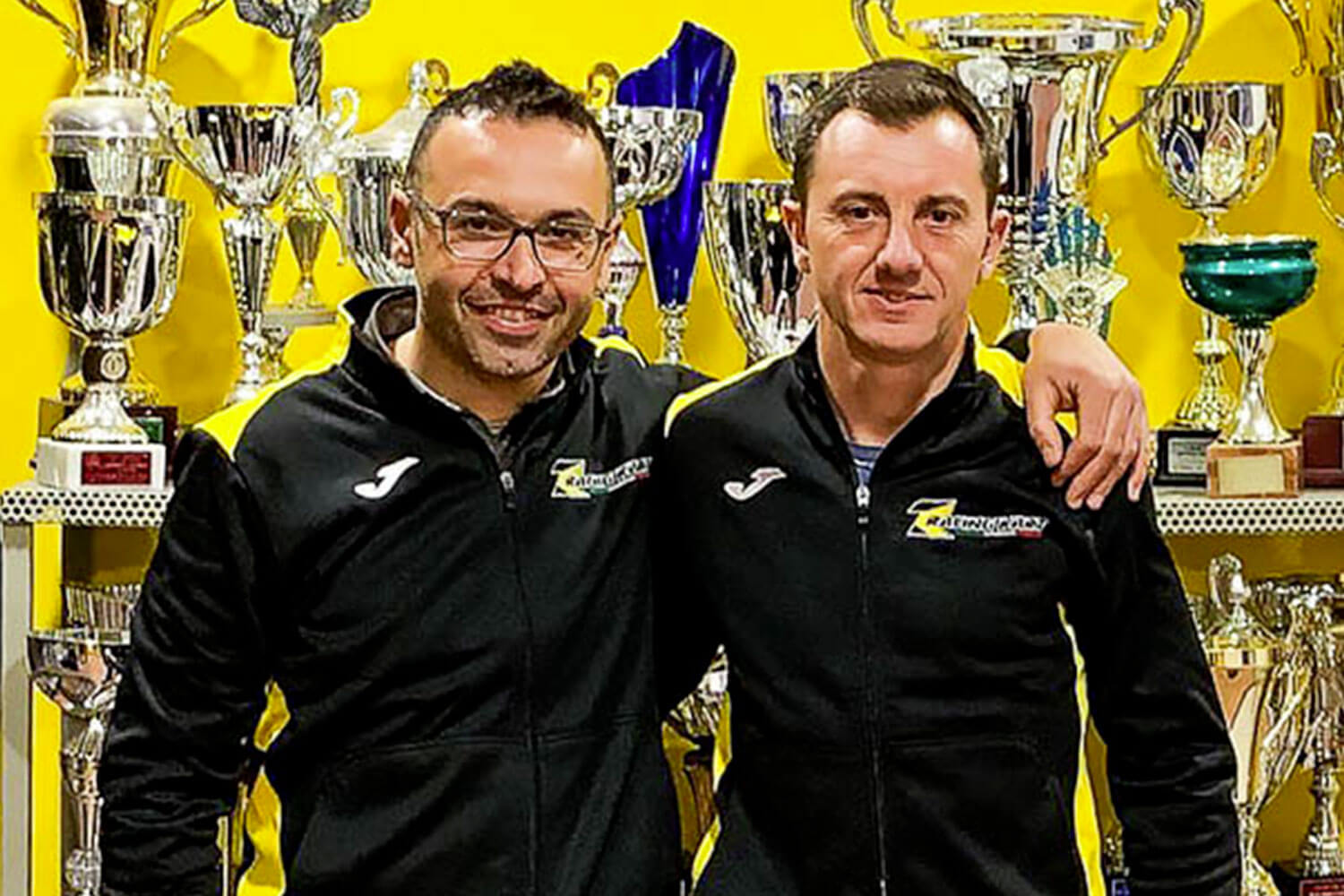